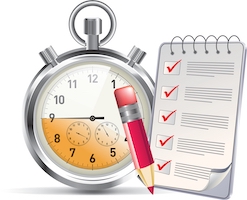 1. JD noted that Paula Coy had resigned from the Moray Council last year.

1. AK noted that there may be some money available from government for this project.

2. Committee members should receive an email soon, asking for volunteers to join a subgroup.

4. JW – there was nothing to concern the ECC.

1. Lighting up the Deanshaugh bridge – AK to chase up Nicola Moss

2. Trees – AK and GL had both had similar phone calls from Seymour Monroe, who explained that the original proposal for 58 trees (which would have cost £20k for maintenance over 2 years), have been watered down to 7 trees, one for each decade of the Queen’s reign. An application to the Common Good fund will be made to fund maintenance.

1. GJ noted that there had been no response from any MSP to our letter. JD explained that we should have receiver an email asking to which area MSP the email should be forwarded. RD confirmed that we had not received such an email. EW suggested that we pick 3 MSPs to contact directly. GL pointed out that there were 4 parties with MSPs to contact. AK will send details to GJ.

1. AK explained that this was a reference to the loud exhaust noises from cars being driven late at night around Moray. JD, GW, and RD noted that drivers were congregating in various locations around Elgin: the new Linkwood Road, McDonalds, and the Cooper Park car park. DC wondered if there was any point in contacting local garages. AK reminded us that Moray was still one of the safest places in the country. RD to contact police to determine if any action is being taken.

2. RD raised the issue of speeding cars at the blind bend of North College Street by the Cooper Park. JW inquired regarding the appropriateness of traffic calming measures and discussed the change of rules regarding vulnerable road users. JD noted that the A96 was the responsibility of BEAR. SC noted issues with the speed bumps outside the Bingo Hall on South Street. GL pointed out that buses have issues dealing with speed bumps. DC raised issue of councils being sued by drivers over damage to vehicles. GL noted that speed bumps could have unintended consequences, e.g. noise from cars accelerating between bumps.

2. There is a bill from Elgin BID expected shortly.

3. Acct #2 is still inaccessible. AK & SC to chase this, with regards to signatories. JW asked regarding the forms submitted for the last change of signatories. SC explained that only one form was accepted, with no explanation from the bank as to the reason for the rejection of the other. JW wondered if Stevie Milne was still receiving statements. JW also enquired as to the origin of Acct #2. AK explained that it was originally set up for holding funds for Awards for All, and the Entrances into the City. JW suggested that the accounts be restructured for specific purposes.

1. AK outlined the response to our complaint. RD suggested that this was a boiler-plate response. EW was unsure about the motivation for such a short consultation period and suggested that we ask ScotRail to keep us informed about future plans. AK explained that only 6 weeks had been given. JW reminded us about ‘fictitious’ consultations from other public bodies, including the Post Office regarding the Bishopmill Post Office Closure, and the Police, regarding the removal of traffic wardens. JW’s opinion was that 12-week consultations should be the norm. SC suggested we write to ScotRail making this clear. AK to write to ScotRail.

1. The Marketplace is to be held on 23rd April. £50k is available for applications, to be decided by young people. AK had made a visit to the Youth Cafe. £50k each had been set aside for East Moray, West Moray, and Moray Youth. There had been 40 applications for up to £4k per project, aimed at ‘A Fairer Moray for All’, with total applications for £130k. The Public will be asked to vote, with 10 votes per person once the website is up and running.

1. GL and EW felt that the prospect of coffee and baked goods at meetings might attract more interest in the Community Council.

2. KB explained that there was no awareness of the Community Council within Schools in Elgin.

3. AK noted that the last election was poorly timed. EW wondered if a stall at the Farmer’s Market might be useful for raising awareness. His experience with the Fair-Trade stall had made it clear that face-to-face involvement was key. JD suggested that Schools be contacted. SC wondered if a Youth section was a possible idea, and that it should be seen as a steppingstone to the Local Council.

4. AK asked KB about the opportunities of raising awareness at Moray College. KB noted that there was a monthly newsletter.

6. GL noted that organisations were struggling with raising awareness of local issues: the falling readership of the Northern Scot (56k down to 13k in his time in Moray) was an example of this. AK wondered if there might be  media training available. JW noted that the website should be the channel, and that we needed to initiate a call to action, and to outline our achievements. EW wondered if we should make a video. SC suggested contacting Lossie Community Council, as they had a good presence. MVSO had done training in the past, and possibly this was now the responsibility of tsiMORAY? RD felt that we should be clear about our aims before approaching outside contacts. GJ highlighted the IT training available at the Library. GL suggested that we could ‘piggy-back’ on the “Elgin Past & Present” website’s online survey. JW gave some advice on posting to FaceBook. DC suggested we contact Moray College.

13. Progress of re-opening of Resource Centre

1. The Resource Centre was the responsibility of the Health & Social Care Board, and there was no influence from the council.

2. The change was connected to Dementia Delivery.

3. Model for the Disability Support Group had changed and was now to be delivered in the community.

2. EW was unhappy with GL’s explanations. AK asked about the Integrated Joint Board. JD underlined that there was a “Home First” policy at the heart of the matter.

1. RD noted the poor remote turnout. AK suggested that we re-examine hybrid meetings in the future.

1. Husting would be held on one evening for North & South Elgin candidates.

1. NatureScot still have still not responded.

2. JD noted that a sonic solution would be tested by the Elgin Shopping Centre.

1. Goalposts were now in use on the new Deanshaugh football pitch.